Blogging for startups isn’t easy, so when you manage to hit gold and get one of your posts onto the first page of Google, you want it to stay there for as long as possible – especially if you’re ranking for a high volume keyword.

Trouble is, unless you have a solid SEO strategy, it’s basically a game of luck; any success you find will be temporary at best.

These days, we have a pretty solid process for SEO research and content building. But it hasn’t always been like that over at the Process Street blog. In fact, way back in 2015 at the start of our journey, one of our main tasks was to come up with an effective SEO and keyword research strategy.

Many years ago in 2014, one of our best performing blog posts was a piece with the keyword of “How to Write a Proposal”. Somehow, it had managed to climb to Google’s #3 spot with basically zero SEO knowledge – but it was not to last.

We’d essentially written it and hoped it would stick with an audience; and it worked – for a time.

But, because we had no real process for doing SEO or keyword research, the post started slipping in Google’s rankings.

The blow to our traffic was big, and the post itself had only slipped to the #8 spot for the same search term. If we wanted to save the post from falling off into the obscurity of the second page of Google, we needed to do something about it.

So, I’m here to tell you how we rescued one of our top posts and secured its place in Google for relatively little effort; a post which, thanks to our rescue efforts, is still to this day one of our biggest organic traffic generators to date, ranking #1 for its keyword on Google and providing us with over 12,000 organic hits per month from that single article alone. 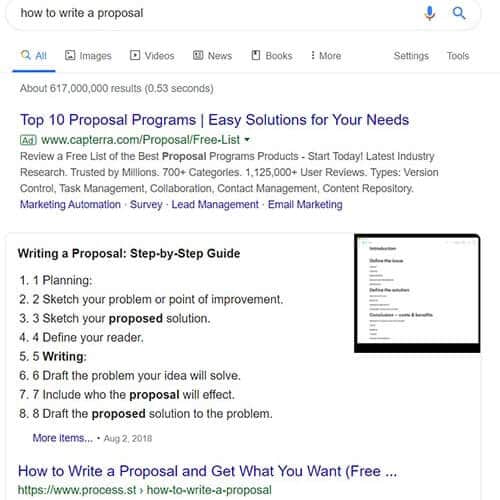 This might seem contradictory to the whole “it took little effort” idea, but the caveat with this point is that I only updated what required it, and then left the rest.

The updates themselves were fairly minor, and they all came down to SEO.

First, I updated the title of the article from “Tips for Proposal Writing” to “How to Write a Proposal and Get What You Want (Free Template)”.

We knew that the keyword we needed to re-target was “How to Write a Proposal”, and so I put that in prime position, followed by a bit of a long tail to capture any fringe interest and pander to search engine algorithms.

After that, I updated the first paragraph of the post to make sure that the keyword was included in the first 100 words. This, too, wasn’t a major undertaking; I just extended the final sentence to include the keyword at the end.

The only other content-focused update was to the slug of the article; what had previously been “/tips-for-proposal-writing” became “/how-to-write-a-proposal”.

Admittedly I also added a new paragraph (clocking in at a whopping 55 words), but the only real purpose of that was to include a deep link.

See? Told you it was easy.

After those minor changes were saved, I updated the publish date of the article to the day I edited it. This served two main purposes.

First, it told Google that the post had been updated, which in turn gives its search ranking a boost, as it is seen as well-maintained. Second, it boosted that post to the top of our blog in order to expose it to our existing audience (which had obviously grown since the post’s original release).

A quick note here though that you don’t want to do this too often, and especially not with content which won’t have a decent payoff.

The only reason this post’s date got updated was because it was our highest traffic piece, and we needed to rescue it; updating a regular post from a week ago and showing it off again to your audience is a good way to lose subscribers to recycled content.

Perhaps the most important optimizations for this post were those of its SEO metadata.

This has become one of the important staples to every single post we publish, and it’s kind of odd to think that there was a time when we didn’t use it at all.

Anyway, the super-awesome-important updates to SEO metadata were as follows…

… I added the keyword to the SEO description and keywords. That’s all that needed doing, so that’s all I had to do.

The post was up to scratch with our new SEO policy, so now the only thing to do was to re-promote it as if it were a new piece of content.

To that end, I submitted it to our promotion process, which consisted of the following:

Our promotional process has picked up a few more steps in the time since this post’s rescue, but covering those basics allowed it to get the boost it needed.

Combined with the post updates, the result was that within 4 days the How to Write a Proposal post climbed back to the number three spot in Google, and enjoyed a 486% traffic increase because of it.

Today, that very same post ranks in the #1 SERP spot in Google for its keyword.

That’s all there was to it; it sounds stupidly easy, but it just goes to show how important the basics of having a solid SEO strategy are, and how vital it is to be consistent in your efforts to get targeted traffic.

Don’t let your high performing posts die out on the second page of Google because of a lack of around 15 minutes of SEO updates. 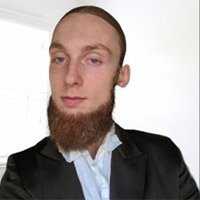 Oliver Peterson is a content writer for Process Street with an interest in systems and processes, attempting to use them as tools for taking apart problems and gaining insight into building robust, lasting solutions.