Is this the End for Google?

In late 2020 it was announced that Apple were working on a Search Engine to rival Google, Bing and other search engines (mostly Google).
Almost a year later, it’s been released in iOS 15 as an extension of Spotlight. For those that don’t know what Spotlight is, it’s a native app in Apple that provides local search functionality (files, images, etc).
While Android and Windows have a similar native search with web capabilities, the key difference between these and Spotlight is that Spotlight doesn’t use Google to display the results. It has its own search engine, and it also doesn’t require a browser to search. It’s all there natively in the app.
This fact coupled with the fact that Apple’s search engine provides a similar experience to what we’re used to in Google should put a lot of Google executives on edge.
There’s a pretty even divide between Apple and Android users. If Spotlight isn’t a flop, Google is likely to lose a good portion of their user base and with it, their ad revenue.
Are you an apple user? Have you tried the new web search functionality in Spotlight?
Are you an Android user? Do you think you’ll jump over to Apple now that they have a viable alternative that won’t spy on you?
Will this effect SEO? Nah. SEO is constantly changing, but the fundamentals are always the same. Create great content and get other websites to link to it. While ever there is search, these fundamentals will remain.
What to know more? Read it here – https://www.coywolf.news/…/apples-search-engine-is…/ 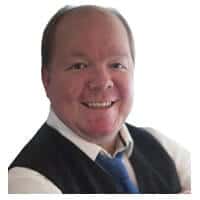 Steve Jaenke has been involved in the digital world for over 2 decades. Seeing the power of SEO early in the market he pivoted his business to focus on assisting SME to understand and leverage the power of Google. He is a recurrent judge for the Australian Web Awards awards.